A phenomenon occurs when you announce you are pregnant. Friends, relatives, and even strangers suddenly appear from everywhere with all kinds of advice on how to prepare for the arrival of your newborn and the best ways to care for them after their birth. Check out some of the best and worst suggestions given to new parents below.

Take Care of Yourself

If you have flown anywhere in your life, you should recall the air stewardess announcing over the intercom that in an emergency situation oxygen masks will drop down. They always say to put your mask on first and then assist your child. The same applies to everyday life.

You cannot care for your child properly if you do not take care of yourself first. Take a shower, eat a meal, get some rest. Learning to balance caring for yourself and for your very demanding infant can be a challenge, especially in the first few months, but it is vital for happy parents and a happy baby. Postpartum depression is common in new moms and shouldn’t be overlooked.

Some new parents feel as though if they ask for help they are failing in some way. Nothing could be further from the truth. Raising a child comes with a whole new realm of challenges and stresses that new parents must conquer. Seeking advice or help from your relatives, friends, and professionals comes with the territory.

Asking your parents to babysit for a night so you can binge watch some Grey’s Anatomy and take a bubble bath does not mean you failed as a parent. It means you have enough sense to take care of yourself as an individual so you can be a better, more attentive parent. To aid financially, you can also ask friends and relatives about second hand items they don’t use anymore, such as baby clothes and toys.

Becoming a parent does not mean you should abandon every other aspect of your life. It is easy to get hyper-focused on taking care of your infant and neglect your emotional and social needs. Maintaining a strong social circle gives you a necessary support system and prevents you from feeling isolated or resentful.

Hang out with your current circle of friends or expand it to include other first-time parents experiencing the same struggles as you. In the latter case, not only do you get to socialize, but to share tips and tricks to make your life and the lives of your new friends easier. 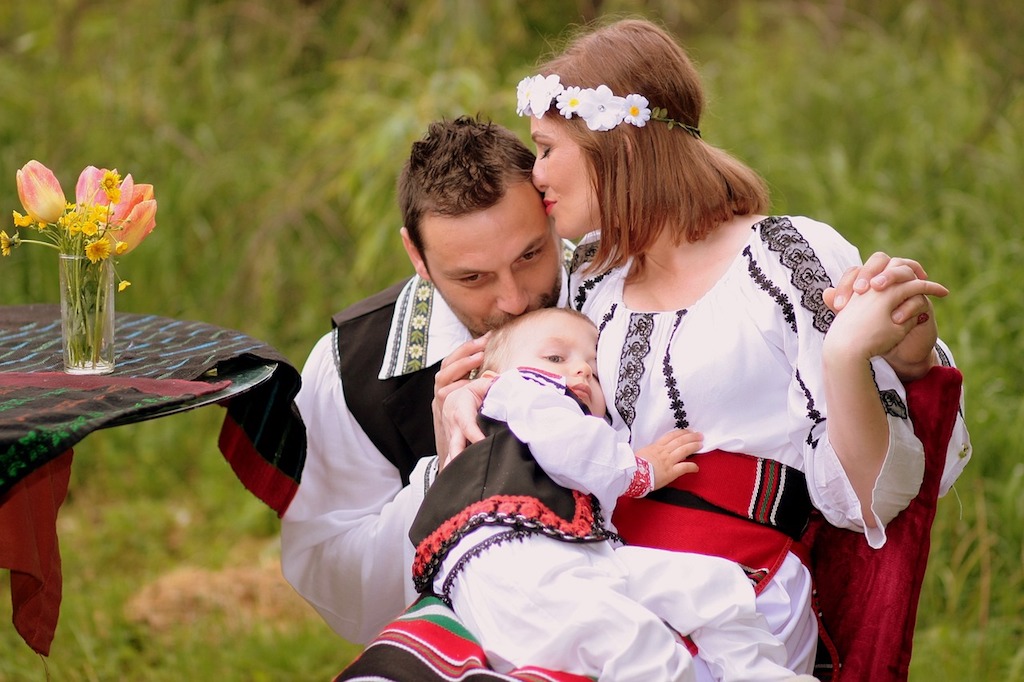 Stay Close to Your Partner

When you welcome a new life into your home, the dynamic between you and your partner changes drastically. All those Netflix and chill evenings or extravagant date nights quickly take a backseat to figuring out sleeping or feeding schedules, balancing home and work duties, etc.

Staying close to your partner during this time can greatly reduce your stress levels and solidify your relationship. Hopefully, having a baby is not the end game and you want to continue to maintain your relationship in the future. Taking the time to slip in a date night or other intimate times will help keep it strong.

Prior to the release of Dr. Benjamin Spock’s popular parenting book The Common Sense Book of Baby and Child Care in 1946, most people believed in a very strict approach to raising children. Male medical physicians and authors of parenting texts advocated minimal touching of infants along with very strict feeding and sleeping schedules.

Pamphlets released during the early 1900s in the US stated that holding an infant just for the sake of holding it would result in creating a “little tyrant.” Bad advice did not simply disappear with Dr. Spock’s more maternally intuitive suggestions, however. In 1962, a pediatrician from Miami named Dr. Walter W. Sacket Jr. released a book that implied any parent who fed their children at night and did not follow a strict schedule were unpatriotic and “sowing the seeds of socialism.”

Two doctors from the early 1900s who were also husband and wife, William S. Sadler and Lena K. Sadler, released a book on parenting in 1916 called The Mother and Her Child. In this guide, the couple blamed a colicky baby on the mother breastfeeding while thinking angry thoughts. They also believed a mother could run out of milk by feeling “worry, grief, or nagging.”

Weaning onto Solids at Only 2 Days Old

After the end of World War II, pediatricians and commercial baby food manufacturers significantly lowered the recommended age to introduce babies to solid foods. One of the biggest advocates of this change was Dr. Sackett, the same guy who thought feeding an infant at night helped the socialists.

Dr. Sackett believed that formula and breast milk did not provide enough nutrition and that infants should be given cereal two days after birth. By 10 days he believed they should start on strained vegetables and by 9 weeks they could eat bacon and eggs. He also thought they should start drinking black coffee at 6 months old. Safe to say, Dr. Sackett should have been sacked.